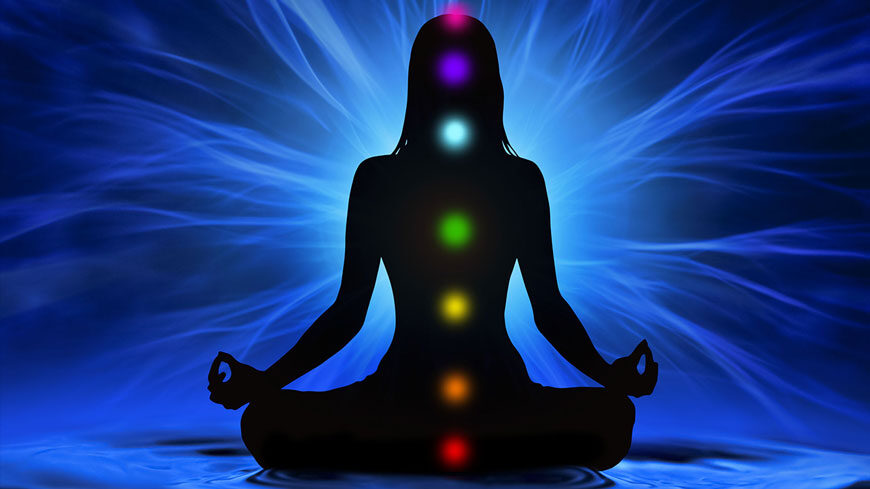 Chakras have been documented since ancient times in the Indian sacred texts Vedas. In Kubjikāmata Tantra, an important Hindu culture document, the 7 chakras are mentioned in the form in which we know them today. They are described as energy points that can be opened and developed through yoga practice and meditation. From written texts and oral teachings of masters to their disciples, the tradition has been handed down over the centuries to reach us.

What are the chakras

Chakra is a Sanskrit word that can be translated as circle, disc, wheel or vortex. In the human body there are 144 chakras or energy fulcrums that interact between physical and etheric bodies. Each one is located in a precise point of the backbone, from the base to the head and finds its place in the subtle body in correspondence with the emotional part. They mark the path that Kundalini, the dormant divine energy present in us represented as a snake coiled on itself, travels in its ascent. Chakras are fundamental points in our body as they are strong energy centers that connect the body and the psyche together. When the chakras are open, energy can flow freely, with positive effects for both the mind and the body. But when the chakras are closed, the energy can no longer flow, forming a block that causes negative repercussions both on a physical and emotional level. The fundamental ones are 7. They are depicted as lotus flowers, Sanskrit padma, seen from above. Each padma has a number of petals, a color, a symbol, a sound or mantra, a letter in the Sanskrit alphabet related to it.

Muladhara, earth or root chakra. Its name means "base support". This chakra is located at the base of the spine, in the perineum. It is connected to the legs and therefore to the earth and everything that provides stability. All the hardest parts of the body are related to it, such as bones, nails and teeth. It represents our survival instinct, our rootedness, the need for security, our self-confidence and is linked to the satisfaction of our basic needs, such as getting food, having a home and a job. Its color is red, which is equivalent to strength and pure energy. Its energy is associated with the adrenal glands, and is responsible for the health of feet, legs, anus, rectum, coccyx and large intestine. When it is in balance we feel safe, happy and capable of living in the present, enthusiastic in planning our future. When the first chakra is blocked we can feel apathetic, lost, disheartened, and lacking in self-confidence. We feel excessive worry and fear of losing what gives us security and a sense of well-being. Our body suffers by making us tired and exhausted, we have problems with teeth, kidneys and joints. It is possible that a blockade manifests itself in excesses of aggression, anger, jealousy, anger, violence or a defensive attitude. When the energy of this chakra is hyperactive, you may have a strong attachment to material goods and the past, not being able to live the present moment with awareness, or too much rigidity and hostility to change.

Svadhisthana, the splenic chakra or water chakra. It is the sacral chakra, and is located at the height of the genitals, in the lower part of the abdomen, just below the navel. It is associated with liquids, therefore with letting flow, with the ability to change. Its energy is therefore associated with male and female gonads and is connected to the health of genitals, kidneys, bladder, and circulatory system. Its name means "sweet". Its energy represents emotions, spontaneity, desire, pleasure, sexuality and physical creativity. Its color is orange: a symbol of positive emotions, success and inner harmony. When the water chakra is blocked, it has a direct action on emotions. It may give a closure to the "sensuality" of life, resulting in difficulty in experiencing joy. Sense of guilt and shame, unfulfilled and obsessive desires, strong mood swings, fears and jealousies are also blocking signals at the second chakra level. If his energy is too open it can lead to the search for immediate fulfillment leading to addictions to alcohol, food, drugs, sex.

Manipura "city of the jewel" is the chakra located in the solar plexus, between the diaphragm and the navel. Its element is fire, therefore light, energy and heat. Its color is yellow. It is the seat of determination, willpower, personal power and self-confidence. It represents individuality and self-perception. It is connected to the digestive system and digestion. The gland it is associated with is pancreas which regulates the functions of stomach, gallbladder and liver. When the solar plexus chakra is closed or blocked we can be insecure, introverted, have low self-esteem, or feel inadequate in all situations. From a physical point of view, pathologies of the organs involved in the digestive process may occur. When its energy is in excess it can give an unbridled desire for power, excessive arrogance, aggression or self-confidence.

Anahata is the heart chakra. It unites the higher, more spiritual chakras, linked to intuition and thought, to the three lower centers, linked more to material aspects. The Anahata represents air, which unites the earth with the sky as indicated by the two triangles within its symbol, one pointing up, the sky, and one pointing down, the land. This energy center gives us the ability to express pure and unconditional love. Green is its color that symbolizes harmony, love for nature, compassion, purification, balance, health. The endocrine gland associated with this chakra is the thymus, and it regulates the activities of lungs, heart, circulatory and respiratory systems. When Anahata is closed or blocked, one is unable to love oneself and others, one does not trust anyone. When his energy is in excess, it will push us to focus exclusively on others to divert attention from ourselves and make us emotionally compromised and too dependent.

Vishuddha is the throat chakra. Its name means "pure". It refers to the communication with ourselves and with others of what is in us. Its color is blue, a symbol of cleanliness, purity, tranquility, transparency, truth. The endocrine gland associated with it is the thyroid, and regulates the activity of throat, neck, mouth, teeth, jaw, hearing, esophagus, upper lungs, arms. A block of the fifth chakra can give you the inability to express your ideas, to listen to others. It can lead to creativity blocks, excessive shyness, you may even worry about being with other people. On a physical level we can run into problems with thyroid, breathing and related organs. When the energy of this chakra is in excess, we become talkative without analyzing the meaning of what we say. We feel too sure of ourselves and do not accept criticism, even when it comes from the people we love.

Ajna is the sixth chakra. Its name means knowing, perceiving and also having command over our mind. It is located in the center of the forehead, between the eyebrows. It is also called the third eye chakra, the non-physical eye that is able to perceive the deepest reality of existence. It has the function of perceiving and seeing beyond appearances and reality itself. Here all opposites and dualities are connected, such as masculine and feminine, reason and intuition, form and substance, body and mind, good and bad. The third eye sees what lies beyond these concepts, dissolving dualities to see the true reality. It is the seat of creative imagination, intellectual abilities, and memory. The gland with which it is associated is the pituitary gland, which controls the hormonal system. Physical parts associated with it are: brain, cerebellum, spinal cord, nervous system, nose and paranasal sinuses, eyes, ears, hormonal system. Its color is indigo, a symbol of wisdom, knowledge and mysticism. When Ajna is deficient there is a tendency to selfishness, cynicism, excesses in rationality, it is difficult to see and imagine reality in a different way from how it is perceived, it is no longer possible to dream or plan the future, you don’t follow your intuition and find it hard to stay focused or remember things. On the physical level, the head will be affected: eye pain, headache, migraine, neurosis, fatigue, insomnia. When its energy is in excess it tends to suck up that of lower chakras, favoring manias, self-celebratory behaviors, unloading our faults on others, lack of grounding and stability.

Sahasrara is the seventh chakra. Its name means "a thousand times" and has a symbolic value of tension to infinity. It is located outside the physical body, above the top of the skull. In relation to its positioning it is also called the "crown chakra". It is the connection with the energy of the Universe, with the Divine, with the Illumination. It is the chakra of liberation, knowledge and bliss. Its energy helps us to abandon the past, leaving behind events or traumas, and teaches us to recognize our responsibilities. Its color is purple, and it is associated with spiritual wealth and majesty. It is related to the pineal gland, located in the center of the skull, which regulates the sleep-wake as well hunger-thirst rhythm, body temperature, and stimulates the pituitary gland to produce hormones. When Sahasrara is blocked, we cannot cultivate spirituality, we have difficulty learning and concentrating, we are closed to new points of view and information. We may therefore feel disheartened, depressed, apathetic, without will to live. When it is too open it can lead to an excess of spiritual dependence, it may induce loss of contact with one's roots and emotions, because energy is taken away from the lower chakras. Consequences on the physical plane can be exhaustion, mental confusion, depression, apathy to get to psychosis and schizophrenia.